crazy amounts f fun as of late. you can only imagine. this is last night after work. another clip for don't watch this. bomby goodness that will keep you in stitches. 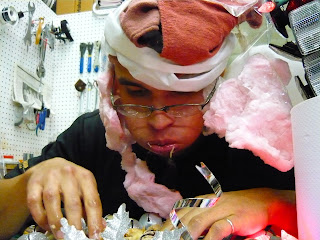 In Gilas doin' my worst to not be hungover at Thanksgiving dinner: 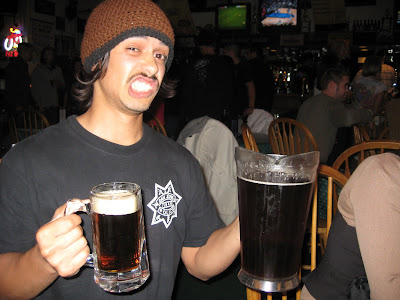 Madness at a tamer moment: 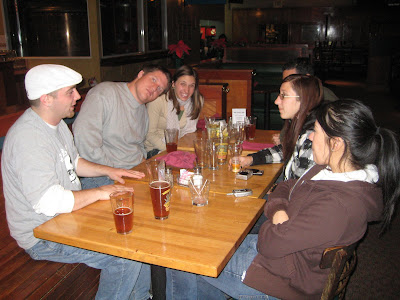 Barely got the camera out my pocket using ninja tactics, presumably picked up involuntarily from Tantrum at some point, for this pic: 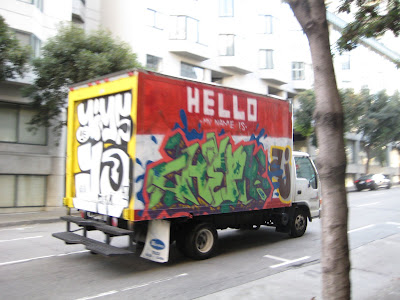 Mystery stain in my bedroom carpet: 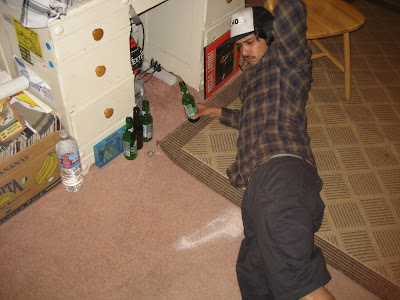 “Making Poor Fun: The Focho Guide to Fun” was supposed to, and will one day be, an officially published piece of impoverished goodness, dropping a dime on all the budget eateries, drinkeries, and playeries from your hood to ours. It’s in the pipeline, no doubt, along with every other brilliant idea that your fine Focho representatives have blinked up. But until its impending release to the world, I hope that my fellow bloggers/readers (let’s be real, we’re the only ones that read this shit) join with me in contributing a few to of our favorite spots in the mean time.

Food: Taqueria Vallarta – I hear it all the time: “Why would anyone ever order tacos when they can get a big ass burrito for a few bucks more?” And I agree, most of the time. The Frisco premium is killin’ the taco scene in the 415, and not in the good, yo mama joke sort of way. $3.00 for a taco?? Come on now. Soy Gileno; there’s a 4 taco minimum and prices like this make taco mashin’ in the ‘Sco undoable. So when I first laid eyes on the beautiful, cast-iron griddle prominently displayed in the front window of Taqueria Vallarta, showcasing a medley of sizzling, tender meats and towers of fresh corn tortillas waiting to get slapped on the grill, I already knew they knew what’s up. Buck fifty a pop for carne con ‘tilla. YEE! Waiting to grace these bad boys are the various salsa options, cilantro, and onions (if you nasty like that), all self service. I haven’t ordered anything other than the tacos, yet, but I’m very confident it’s all bomb. Check em out either on 24th and Harrison or by my hood on Mission and Persia. Gurp! 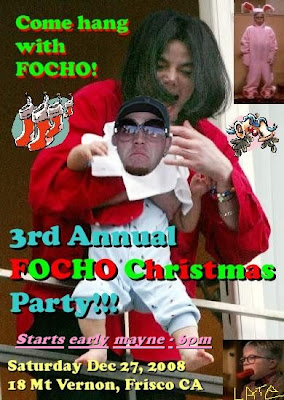 Keep em comin’ folks, I’ll do the same. And just a reminder, Focho Christmas is next Saturday 12/27. It’s starting early at 6pm, so take advice from Obie, quit chure lagging!! Whooo!!! Free copies of me and Cyph’s ep will be available for those that don’t have one. Hope everyone has a wonderful Christmas with their familia, eats plenty, and has a well orchestrated exchange of gifts. Cheah!

Current bumps: Tupac – All Eyes on Me – Disc 2
Digital Underground – Sons of the P
Busdriver – Memoirs of the ElephantMan
Del – 11th Hour
Posted by L to the... at 10:16 PM No comments:

this is my new roomate chris. shreds bikes and is down with q'in ina major way. it was his idea to throw the bottom of this spinach bowl in the toaster oven for a few.... bomby. 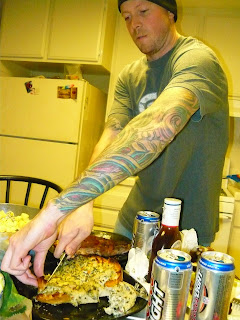 much LOVE for comin through!!! corey wrote "thor" on our island... thanks for cleaning that up homie... hahaha! awesome face! 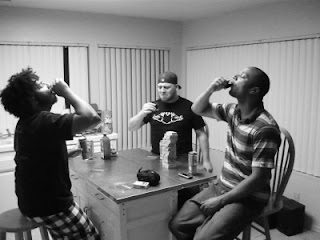 Don't Watch This Vol. 3 "FELIZ NAVIDAD"
this is my bike covered in battery operated christmas lights. can you imagine how bad this was messing with my depth perception? 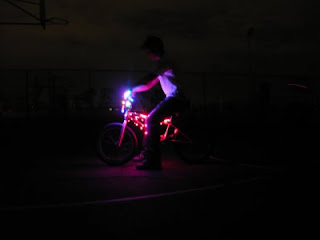 "FOCHO IS THE CLICK AND WE KICK IT LIKE THIS!"-Lyph4 to the...
belen groovin to epic knowledge for the 1st time. 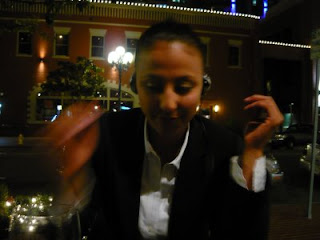 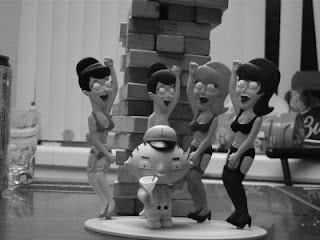 Despite what you may have heard, Focho Christmas is on and poppin'! Best believe we got that post Christmas party on lock. Observe: 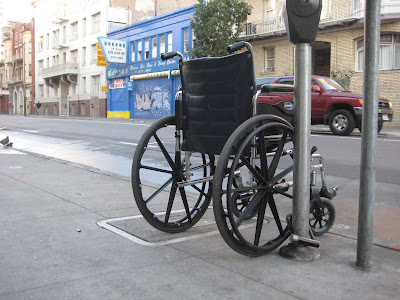 So over the last five weeks Focho made it happen twice at the San Jose State Football tailgate, shit was Cracken

The first tailgate Ale and I showed up at like two rolling in da Chevey and then made this happen, 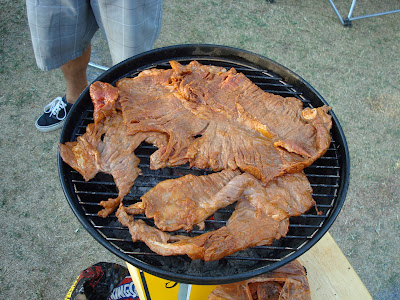 Props to Nathen, Joe ,Katie, Mari, my sis, Rachiel and my Dad who came through, 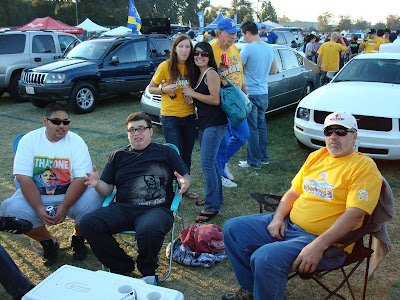 Right before this picture My dad said the quote of the week.

Austin: "He said he was all partied out, he cant make it"

Sean: " Im More Focho than Lydon, You tell lydon I was Focho before he was born"

So obviously the next time Focho came through in full force, 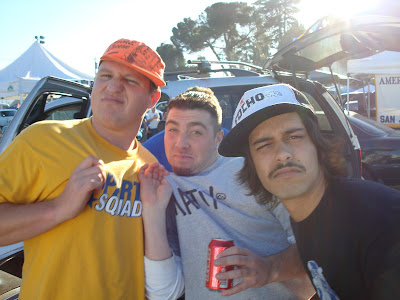 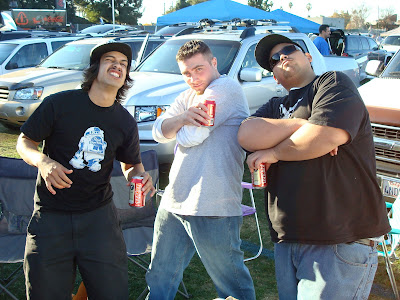 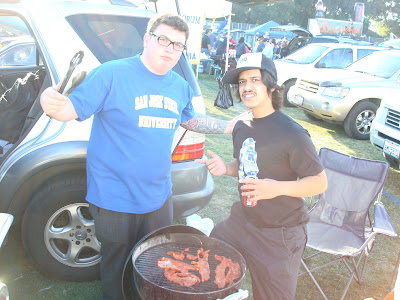 there were these ladies one group over form us who kept ditching there husbands to come chill wit us, They herd the new L to the... Y cyph jam and wanted to be down with Focho 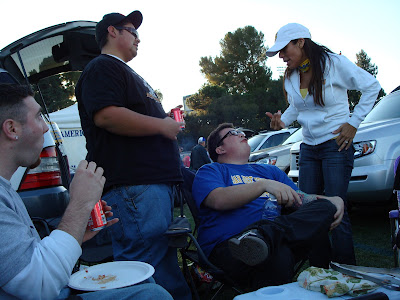 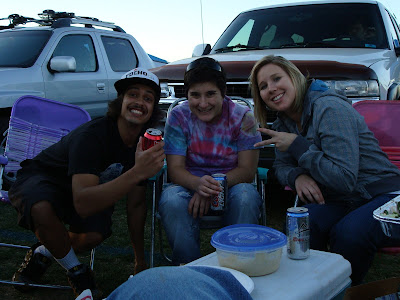 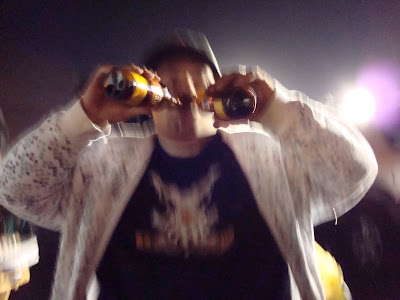 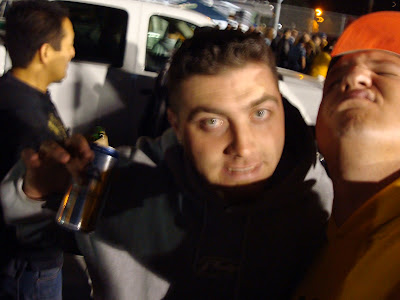 Sadly, State lost both of those games pretty badly, but the tailgating was obviously the main point.
In other news,
I hella officially own Focho.com now although I dont know yet how to make the site action happen, but I'm gonna figure it out, anyone with that kind of WWW knowledge, Holla (BELEN)
I peeped the new rollmexican.com style and that shit is whats up, Im thinking Focho should follow in their footsteps with the upgrades,
Also, Im thinking there should be a focho snowboarding trip I know peeps are down.
Lastly, I heard L to the was bouncing to India. YadidI thats whats up have Fun y be safe
VIVA LA CLICA

P.S.
Props to Lydon for again holding the Focho Christmas party at his house and for making the incredibly cool, awesome flyer
Posted by un Gileno de Focho at 1:49 PM No comments: