on tuesday we went out to ob (a beach in san diego) where this clothing company who sponsors a friend is located. as soon as we get there the art director for the company throws us shirts and says, "you guys ready to ride? we're gonna shoot some photos for the new catalogue." i figure... shit, i already came up on a shirt. why not. i'm down to help the guy out. from there it got super stupid. we wanted to ride street. he took us to the park. i tell him i'd rather not shoot something stupid... and he's shooting stupid photos. long stupid story short... i may end up in a catalogue doing something stupid. unlike this picture which was taken the same day, where i'm doin something cool. not to mention once we got back to their headquarters he had to off the shirts. no free gear. weak shit. we were in their big ass warehouse and they didn't kick down after we shot a bunch of rad pics for them. the art director dork didn't even bring his own camera. he let my roommate chris bring his and kept asking to use it. once we got back he uploaded all the pics onto his computer at work. shiesty shit. 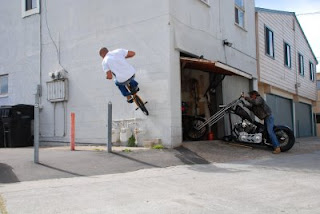 my homie was in town from l.a. to finish planning the route for the jam on the 22nd. he gets hooked up from said company so i wasn't tryin to stop on any ones toes in the whole process. homie brought his french bulldog to town and tito loved it. 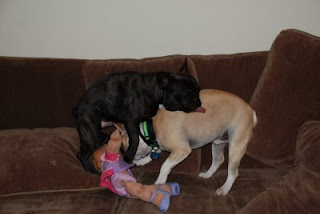 i rearranged my bedroom after you guys left. i should have done this be fore so i could have actually got something done while you guys were in town, but this is how it worked out. 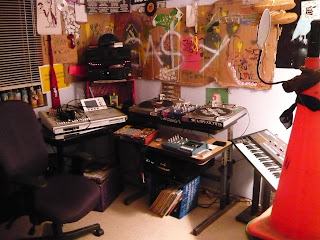 aye lydon! how close are you to finishing your solo? i was bummed i missed your call last night. i was beat. mp convo is definitely on my list of things to do. 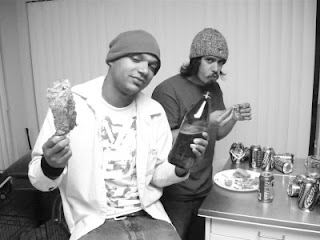 peace love and chicken grease, Frankie(!)
Posted by Paisa 1er at 8:24 AM