fire it off with a random license plate? 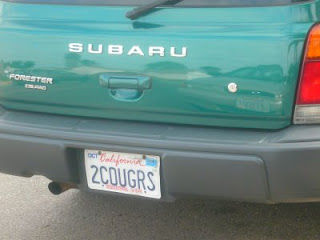 the random b-boy git up. the dude was such an asshole to me. doesn't even matte. this bike has a sticker on it that reads. "get a real fucking bike you pussy" kirby suggested we make bike into life with a sharpie. 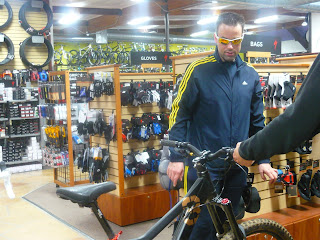 phoenix is the jam for riding bikes. just like guy n girl said it was. i love that even my friends who don't ride know what to look for when it comes to fun obstacle. THANKS A TON CRISTINA!!!! we had hella fun pedaling in your hood. hands down, the best part about our trip was the fact that we got to mash the lightrail. a day pass is only 2.60 or somethin. too good. pero chea!!!

impostores? we got hit up by the cops right here at this spot. anthony was boosting this dirt hip and we were all drinking . out of no where this old guy starts yelling "the cops are coming!" so i take off instantly. you don't have to tell me twice. the others stay and i guess the young female officer says "ohhh, i thought you guys were drunk indians drinking beer and peeing behind the sign." hmmm... too much. i have a whole other story about a cop who rolled on us the first night we got there cause he got a call about bikers pissing in public... he wrote us directions to a skatepark standing in anthony's urine puddle. 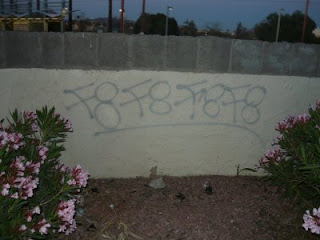 we hit up the drunk neighbors who had been drinking out front since 9 in the morning for directions to a caniceria. their directions led us to a restaurant. we ended up asking someone on a corner when we were a block from the joint that had a huge mural. we got 5lbs of the cheapest carne asada they had. they had like 5 different kinds. 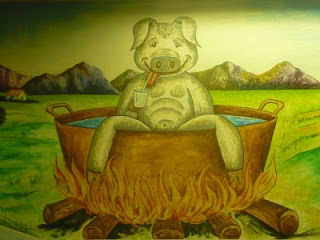 making poor fun? $5 for an awesome burger some fries (which can be substituted for onion rings for no extra charge) and a can of shasta. they had quite the variety and everyone on the crew made it a point to get down with 2 hippies twice. 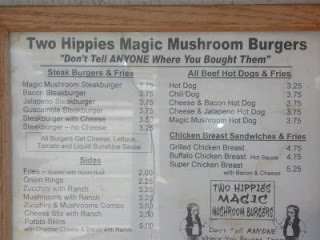 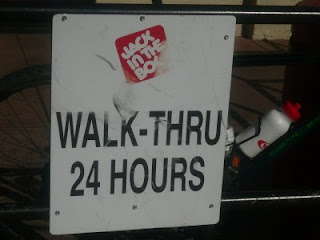 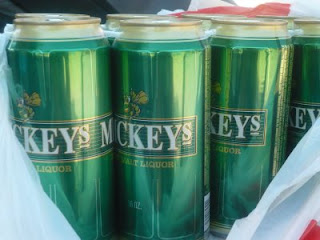