Saludos a Focho from Buenos Aires. Its been three weeks now so definitely time to throw some pictures up here. To start with, this is the view from my balcony, so you can imagine. The city is insanely crowded. 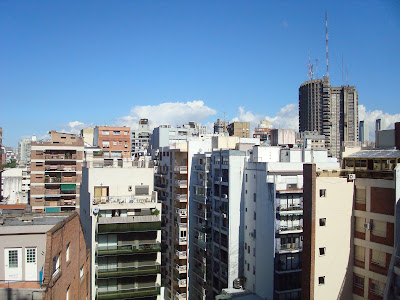 This spot is in the plaza de mayo which is one of my favorite places so far, although I haven't been there that often. The plaza is at the very center of the city near the presidents house and its where all the protests go down, which is almost every week I hear. 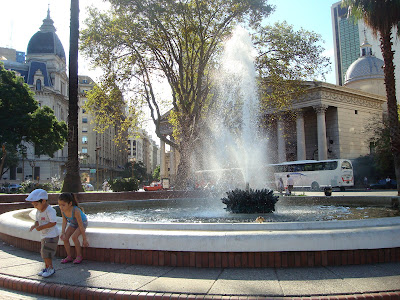 I visited the famous cemetery where all the rich portenos are buried. Evita is the most famous. There are streets inside and everyone has there own huge ass tomb 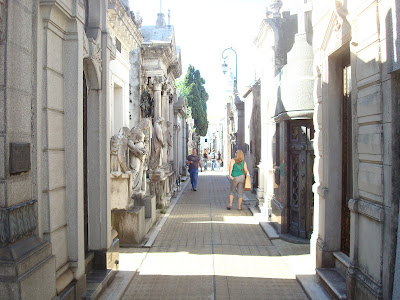 This was on the side of a cultural museum next to the commentary. The whole wall was outrageous 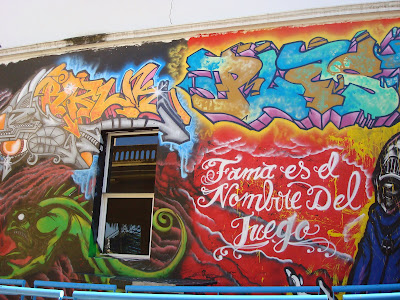 This guy was my favorite 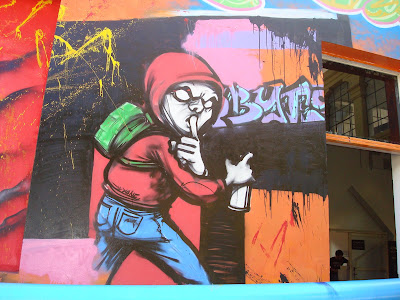 Iv spent a lot of time walking around, either just wandering or walking home, so I found this one day walking home with a friend on some random wall. I really like the graffiti here, besides all the dope characters and pieces Iv seen, instead of shitty hit ups everywhere people throw up hella political shit which is tight, hella anti capitalism sayings or slogans about specific issues such as rights for workers and farmers. 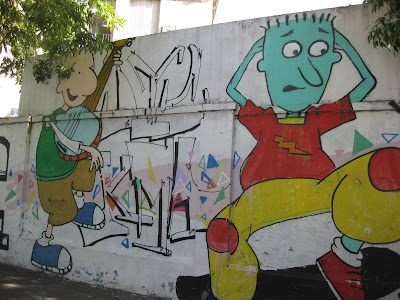 I spent last weekend at the quinta where the couple I live with is getting married. We chilled out by the pool all weekend, drank hella Mate which is like the national pastime. Its a really strong and bitter tea, I'm with it. We also had an amazing asada. This is the father and sister in law of the girl I live with. Both didn't know English so was tight to spend the day practicing mi castillano. 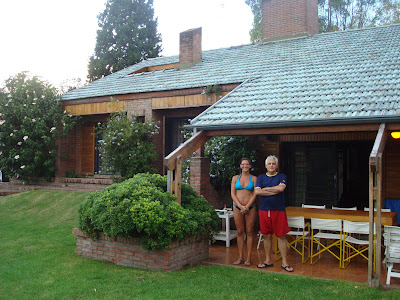 Beef, chorizo, morcilla, on the grill 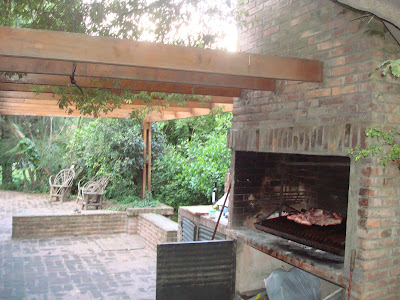 St. Patrick's day goes off here. They close down la calle de reconqista and it gets insane. We only were here for 10 min though cause it got to intense, obviously nobody I knew could find each other. I ended up at a cool Irish spot kinda far away and through the exclusive use of texting, everyone I knew some how made it. 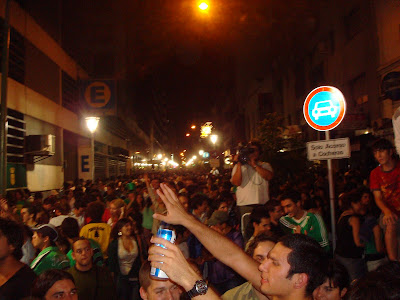 This one is for Black, L to the, and the bmx nation. There is this huge park with these kind of things every where and a number of large empty fountains which I can image you guys would enjoy immensely. 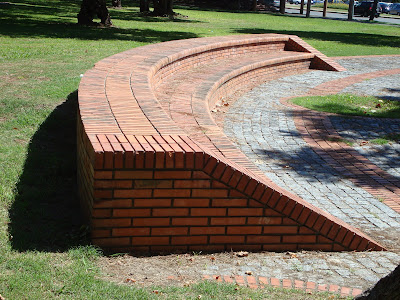 This is a video from this underground tango spot, where there wasn't any sign or anything you just have to know about it and ring the door bell and they'll let you in. Some how a friend of ours got invited by a local. The tango isn't just a type of dance here its a type of music which is really intense and dramatic. At this place they had different bands play for an hour each, in between sets they would put on music and people would dance the tango, shit was awesome. I was excited to find out that this scene exists here. I thought that the tango was something older people performed for tourists. At this place all the musicians and dancers were fairly young, the place was in a poorer neighborhood and we were the only foreigners.

That's it for now...
I just wrote this long update email about everything I've been up to so far to send out everyone. I only have Cristina and Black's email though so if anyone wants to read that shit holla at me with an email, austin.geiger3@gmail.com