I definitely wrote this post backwards, meaning this is the last thing that I'm writing. Hope you enjoy! 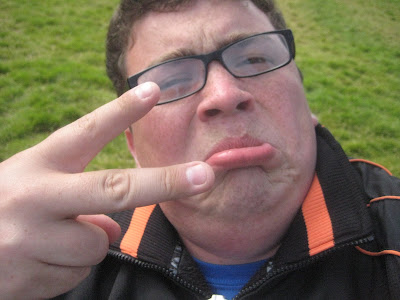 Now with that out of the way... 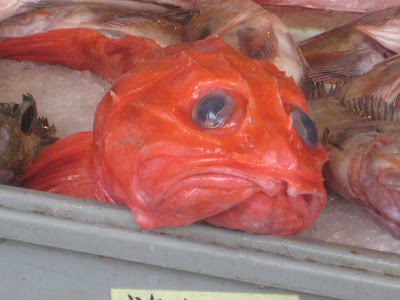 I wish I had the energy to add lates fingers to this fish so the fish would be latesing you. If someone else does it, I'll definitely laugh. 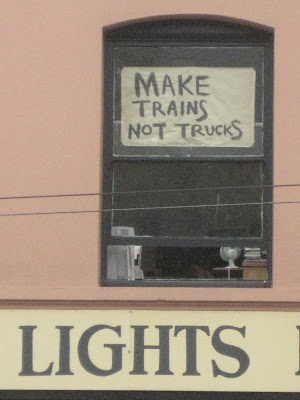 Now that's for real. Put ya quarter up automakers! All this stimulus should go to building a nationwide, comprehensive rail system, as well as beefing up metropolitan transpo'. Aye, your car sucks! 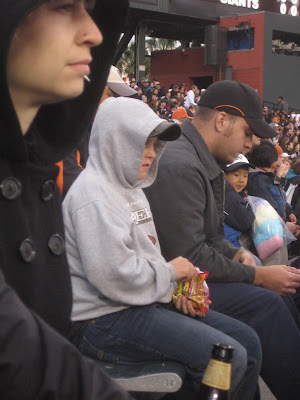 Lil man got tired of asking his dad to buy peanuts all the time! 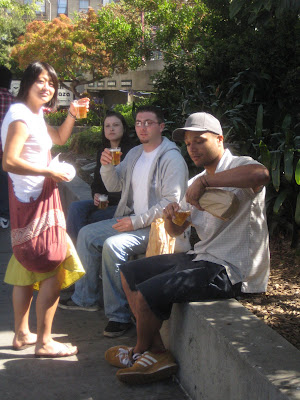 Scum done proper. This is how gentlemen drink in public. 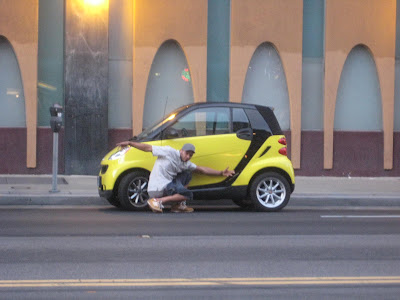 Put that shit between a bun and eat it!


BBQ at Baker Beach on an extremely nice day in SF. All the homies came through and I took pictures of no one! But you know who you are and I'm sure had a great time. 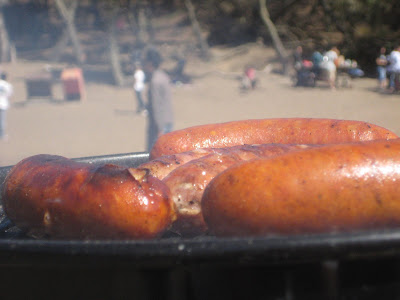 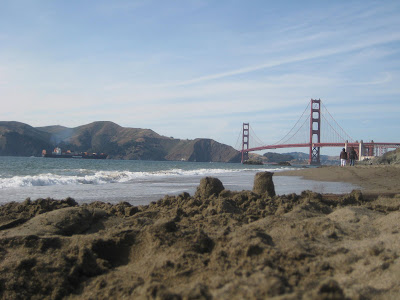 
Ahhhhh Santa Cruz. I definitely love that place. Thanks to Ale's folks, my work schedule change, and my bro's new found proximity, I was finally able to Popozao on over there. The Rodriguez Summer Stimulus Fiesta was just plain awesome. 17 or 26 yr old valet service and everything! Hella chill atmosphere up in the cutty cutties of Capitola, surrounded by trees and OG "former" potheads, we chilled under the sun con many a cerveza. I failed miserably by not getting any pictures of the taco feast, but trust me when I say: more meat than Cyph's dreams(jk foo). But for reals, pretty much endless carne asada, pollo, and carnitas with all the fixins, including grilled cactus (forgive me for not knowing what it's called, but it was bomby!!) fire ass green sauce, and a very nice rojo. Pancho and his hermanos held down the live musica, with side props goin to Margie (Ale's mom) for puttin together the ill playlist. Of course, once the parlay starts to wind down, we head on over to downtown SC for the beginning of a drunken night. Andy luckily came in his new family car to chauffeur us over, and then proceeded to die with us as the homegirl Blair (Ale, you hella need to wifey her up) fed us huge ass drink after huge ass drink. Yeee!!! Hella fun night, infinite thanks to Ale and his folks for that one. 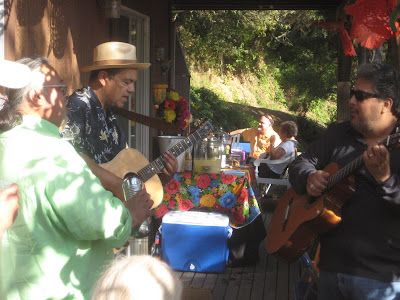 Ale's dad Pancho and the Tios gettin DOWN! 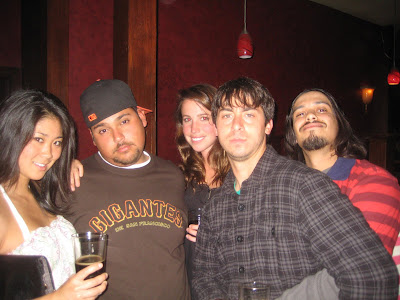 Ale con beezies, me with Andy in the cholo/sancha embrace. 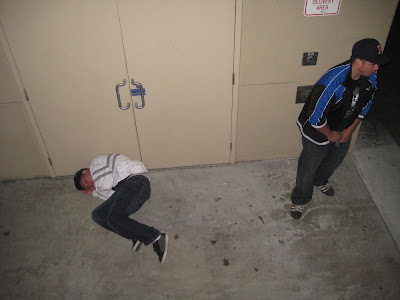 Jimmy pp's while Cyph's sleepy! Lights on everywhere but under Cyph's eyelids. 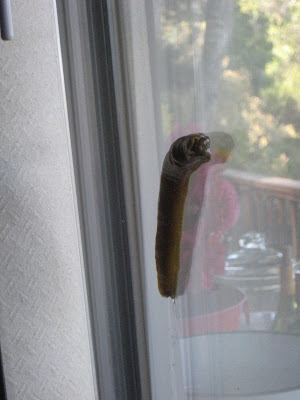 This monster was inside Ale's room! Wish I had enough foto sense to get that good perspective shot to show you how big he was.

San Jose is still what's up. Glad my Pops lives out there and gives me a reason to bask in warmer weather and such. Plus, you got them uber-superficial ass nuggas that are worth a good chuckle. Reciprocation for Black right hurr: 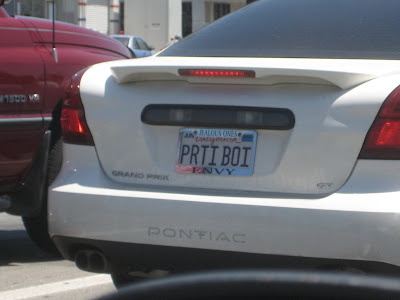 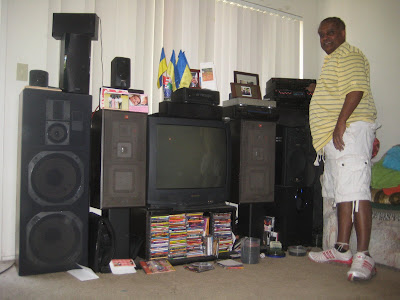 Frisco Gay Pride 2009, my first time at this hairy beast, and I had hella fun!!! First day was me, Maria and Wanslow straight drankin all day, viewing mad titties, some wieners, and no balls or vagina. Cyph met up a little later and we all continued the carnage to Castro. Cyph pulled a Cyph, but Bear stepped in and we made our presence felt in the giant gay party, without penetration mind you. Next day, hella more mellower, but nonetheless great. Me, Maria, and Nathan just posted at Civic Center and people watched. Saw so much funny shit that I was not quick or daring enough to capture. Overall, it was super! 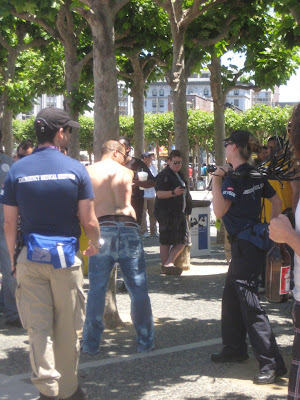 Thank goodness this chick was here to whip away this guy's heat stroke! 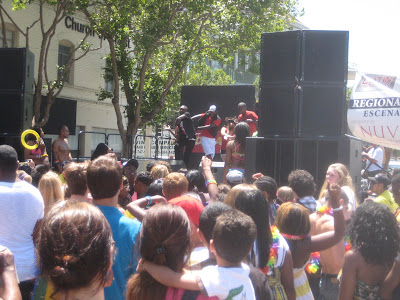 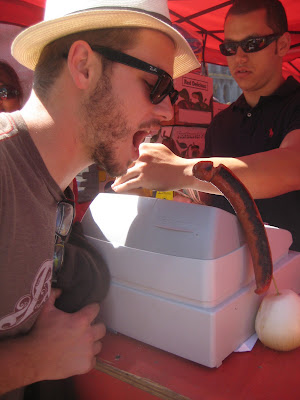 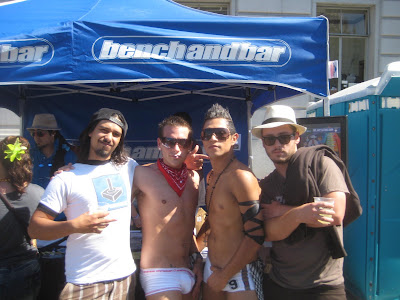 These guys were so not into us! Hella sad loose cheeks. 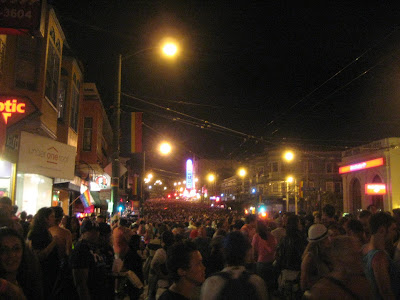 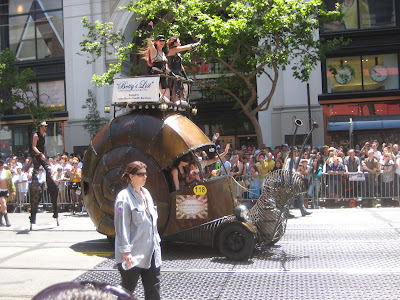 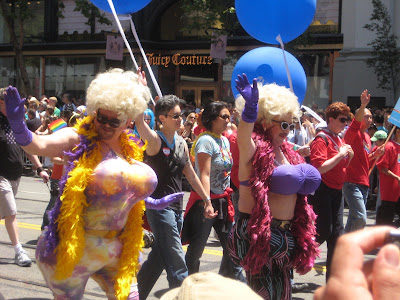 All about them inflatables! 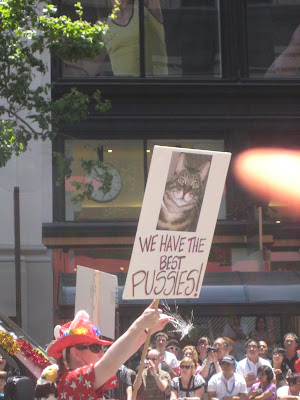 I beg to differ. 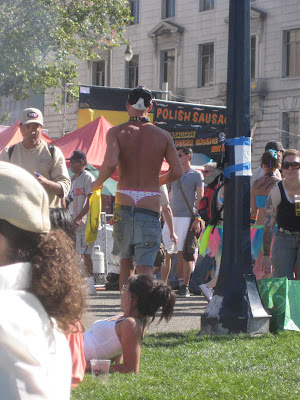 Don't sag on laundry day... cuz, you know, you might not have the right color thong on, and that would be just awful! 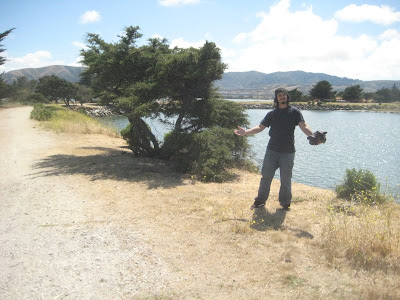 We're hella BBQing here ASAP, cuz you know how we do in... 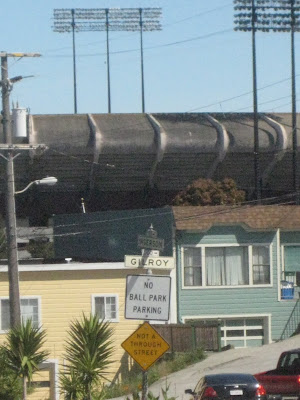