too hyped on kickin it in frisco for construct's last show..(yeah right.. you guys are still gonna do shows together.. if nothing.. because i said so.?)

needless to say everyone just wanted to tell me how they should have their shit out right now and be slanging that shit. well buddy...i think you guys should start a support group because i can only console none of you and we passed that threshold the second i got here. that's why i'm me and you're you. you can TELL me how sick you are.. while i'm showing you what time it is. game needs to recognize game in that other ass south south bay. hella not like dirty south either.

this guy was actually tight. down to just kick it and freestyle. everyone kept going in and out in between sets and you could see with a $500 purse the dudes who threw the battle were gonna be taking a hit. 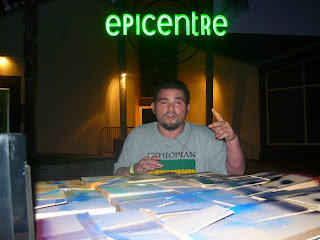 so my jam was... pay for the entry fee with proceeds from the FLY SHIT (obviously not fly enough) i had out.

...well no one copped shit.

hella dudes were down to freestyle (or son-ting(!?)) in front the joint tho. and i was FEELING that shit. i felt like i was on and had a fair shot. (i honestly thought i had a fair shot... shows the level of skill @ this among the dudes pre go-time) i so i packed up shop and hit the atm...

everyone in the battle was a variation of this guy... 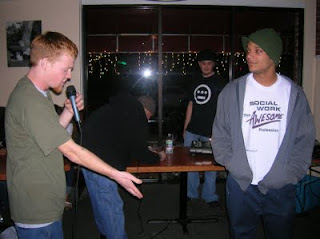 i lost in the first round. <'s(elf) to lates ones self <'s(elf) "..damn i'm good @ this game." my favorite was the dude who looked like nos, "free'd" a written(offbeat to say the LEAST), threw the mic when he was done with his first verse...awesome. yo, find this van in the parking lot at work the other day. dude let us try a mangosteen... wow. fruit of the gods. word on the bench is durian make strong like bull.. 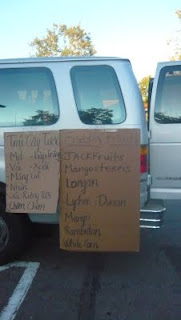 i didn't get to try the durian. ol' boy hit us off with a flier and and said hit 'em up when we want to be down.

I DID get my paws on this delectable lunchtime delicacy though... turkey peperjack and baby spinach con pizza secreto. 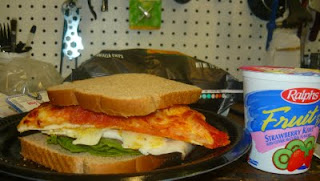 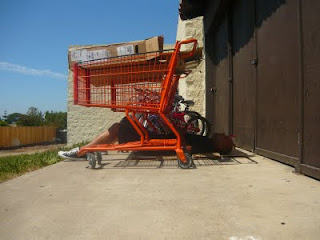 so this is my most recent self portrait. i like it.. and if that means you get a free shirt out of it... well then that means your ass is just gonna hafta wear my shit. 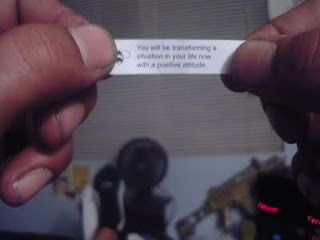 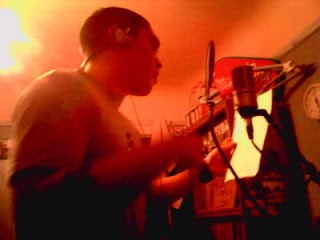 i just finished recording 2 beats to a disc along with little batteries vol.II.

i just copied the song and made a pt1 and a part2 disc. now it's off my hard drive and i can load it onto the computer!!! guess who's about to try and email a huge file? 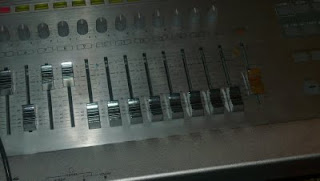 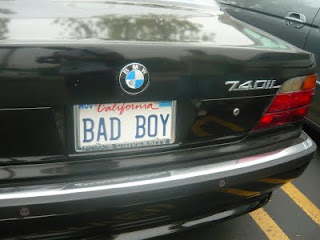 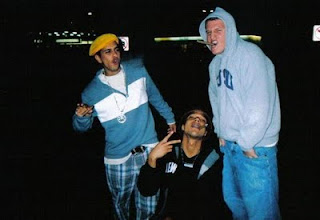