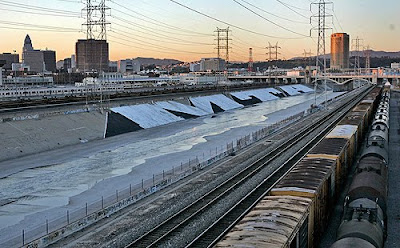 I first read about this a few weeks ago, but apparently it’s been there for over a year now. A graff crew called Metro Transit Assassins basically crushed the LA River with a .5 mile long piece (which works out to about 400 gallons of paint) thought to be the biggest in the world. LATE!

Estimated time of completion: a couple of really late nights. 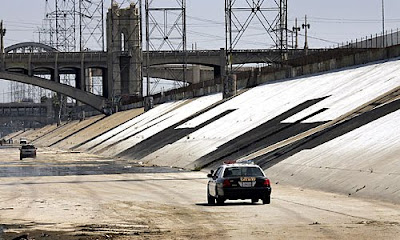 Such an epic display of gangster, and it had a good long run. However, as I type, it is being removed by the Army Corps of Engineers, all for a couple mil billed to the City of LA. It was called a “blight on the great urban landscape”. Blight? Not the huge cement banks bordering the river and running the length of the city, though. Props to these dudes for making shit happen. 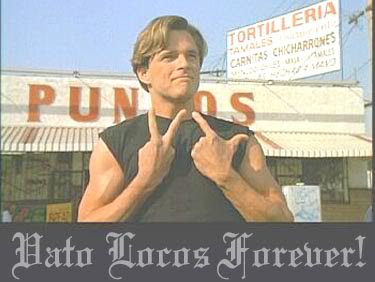 Currently bumpin: Aceyalone - All Balls Don't Bounce (brilliant)
Posted by L to the... at 5:20 PM