May Day Rally in Phoenix 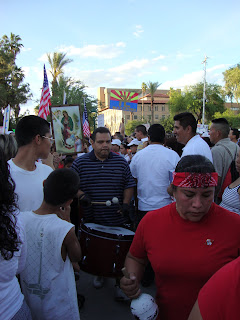 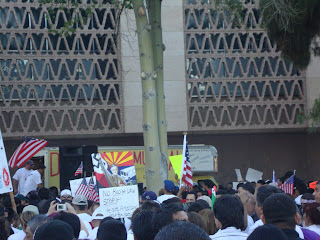 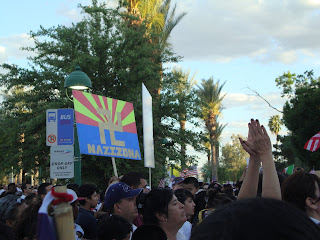 20,000 people were present before the rally even started at the state capitol yesterday, and the
vigil became an energized march in response to SB1070 rather than a celebration of workers.
And since when did May Day become a brown people thing? I could have counted on my hand the number of non-Hispanics there yesterday.
Whatever message we're hoping to give, we have to stand together to show that the hope of peace and justice crosses lines of race, class, national origin and documentation status and that this it's not just a brown people fight.
Posted by the feminine voice of FOCHO at 9:45 AM