dude... don't get caught half steppin'. 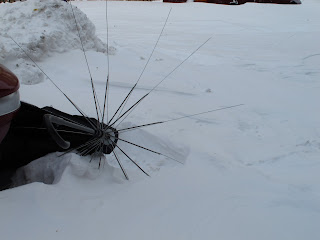 ALSO, be on the look out for our next track titled "where's my scarf?" followed by an interview with D.J. Elofader heself. 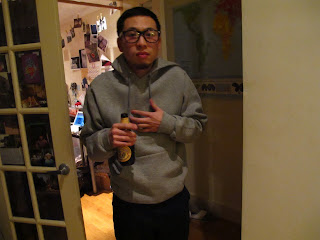 this pic is at the end of my block. they've only plowed the main streets as of now so my street is still under about 2' of snow. i spent a good part of last night watching people try to get their cars out of their parking places. hella savage. shoveling and what not. i guess it's not that crazy.. but i associate snow with woods. higher elevations. not a metropolis. gotham city is cover with a fluffy white blanket. 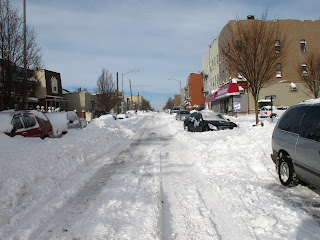 i'll be heading to central park pretty soon here... i feel like a child.
Posted by Agent Frank at 9:23 AM