last night was AMAZING. i really can't put it any other way. Dee invited me to do a workshop with her teens at the center in queens. about 10 of them total. i just gave them a quick run down about sampling (which they didn't really need) and then got right to the fun. so obviously there's no way i could really teach anyone how to freak a buddy in 3 hours... but 3 hours is plenty of time to gett'em sampling and recording sequences... after my quick intro to freakin' cuts i let 'em loose. they totally crushed it. the one record a student did bring in was herold melvin and the blue notes.

it was good. i've been an mpc fan ever since L n I copped that first one back then. but lately i've been seeing a bunch of other ma(S)chines jump on the scene and am stoked that there is going to be an mpc style drum machine (midi controller) that you can freak on a computer monitor. but what i don't understand is why doesn't buddy do this? my mpc has a usb already... why can't it transmit anything more than files that i can't use on my computer? don't get me wrong, i've seen a bunch of freeware that claims you can make programs and edit samples... but i'm pretty sure they all suck. my beef with the one piece i did see was that ALL it had was a usb plug and a midi in & out. if it's a stand alone piece (like the mpc) you should be able to sample from more than a computer. when i first moved to san diego (for the second time) all i brought was clothes, my bmx, a pocket digital pocket 4track, a $!0 mic, and my mpc 1000 with a bag of cables. i was sampling cd's, a BUNCH of movies, and a lot of the new people in my life. eventually i got the 4track in the mix and threw down Audio Scribble Vol.1. that was it. basically, i'm just just sayin i like having options, and i don't know why they would limit a machine.. is it to sustain the market? or maybe to keep production costs down and profits up? did they just want a cleaner, more chic look? either way... i guess i may never get to have my cake and eat it to..

here i am rambling when all you came to see is what i do to fried pig feet. (i think i already posted this one but it's still worth staring at for a few. 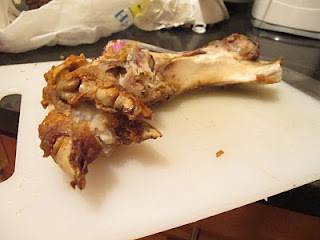 i went down to the skatepark by the water after work on greek independence day and seen these kids. braaaaaaaapp! 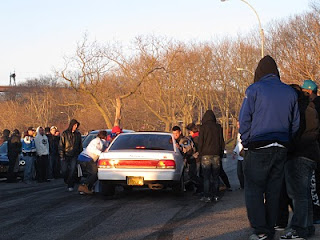 i seen this and thought of you. i hope you're doing aight these days. 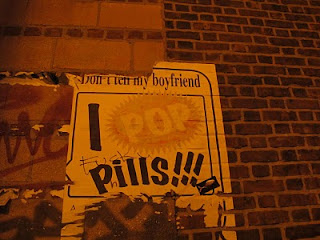 the weather out here is so crazy. this pic was back in march around 1:30 in the morning... yes, photo by dee. still, tryin' to get an interview with dj elofader. 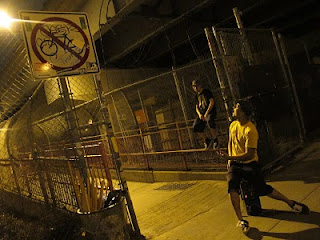 last month i was pretty much a mess.. well not really, i was just trying to get the rest of this album together. the is how the floor of mu udio was looking the day i got around to cleaning my room. cutting the same stencil 3 times sucks. but i jus really wanted to make it hot.. since i'ma be tryin' ta move these lil baby block units. so yeah, stickers are next.. 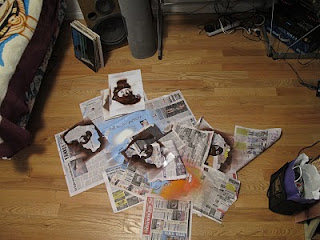 guess that's all for now. my goal was to have the live show package together by the end of april and i'm well on my way. thanks again to everyone who has gave me feedback and helped nurture my artistic growth. i gots nothing but love for ya. -Frankie
Posted by Paisa 1er at 7:50 AM